Tok is Alaska's official welcoming committee as the first community across the Canadian border for Alaska Highway travelers. Highways lead north, south, east and west from this friendly hub community. It offers access to all the interior of Alaska, the Gold Fields, back country, scenic rivers, and public lands. Our residents number 1415 and our elevation is 1635'. Tok is the trade center for the Athabascan Native villages of Northway, Tetlin, Tanacross, Mentasta, Eagle and Dot Lake. Local Native arts and crafts may be found in many of our gift shops.


Tok originated as an Alaska Road Commission camp for the construction of the Alcan and Glenn Highways in the 1940's during World War II. There are many tall tales about how Tok got it's name but you can discover what really happened if you stop by the Mainstreet Visitor's Center located at the intersection of the Alaska Highway and the Tok Cut Off. You will be surprised. In 1946, Tok Junction was designated a Presidential Townsite, the same year the Alcan opened to civilians and the little community gained a roadhouse.

In 1954, the Tok Dog Mushers was founded, and the U.S. Army began construction of the Haines-Fairbanks fuel pipeline, with a pump station located here. It closed down in 1979. In the fall of 1976 the U.S. Coast Guard built the Long Range Aid to Navigation station (LORAN). Four 700' towers, 6 miles east of the junction, transmit radio navigation signals for air and marine traffic in the Gulf of Alaska. U.S. Customs moved from Tok to its present location on the border in 1971.

When Can You See the Northern Lights?

According to the Smithsonian "Displays of the Northern Lights tend to intensify around the equinox months of September and March, because of Earth's tilt in relation to the sun. Combine that with a higher chance of clear skies in Alaska during spring, and March at an inland location is the best time and place to maximize your chances of seeing the Northern Lights from Alaska."

The Tok Race of Champions Sled Dog Race, one of the oldest in the state, is held each March. Tok is one of the centers of dog breeding, training and mushing.

The most fun you can have with your snow pants on! Trek over the Top is an international snowmobile run from Tok, Alaska to Dawson City, Yukon. Riders travel over 200 miles of groomed trail through pristine wilderness to arrive in one heck of a party town! Click for info on the Trek

Our community is also a winter playground for snow machiners, cross country skiing, hunting, and trapping. Everywhere in Alaska boasts of great Northern Lights displays... but honestly, ours are some of the most breath-taking Northern Lights you will ever see. Don't come to Alsaka without seeing the coldest inhabited community in North America with the warmest, friendliest people in the interior.

Activities in Our Area 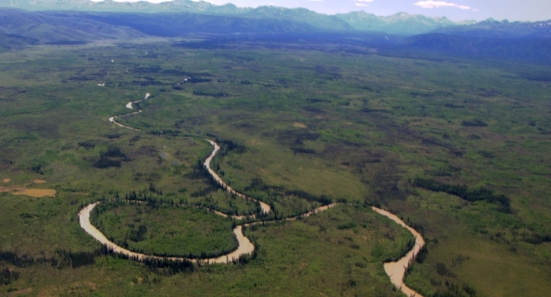 The Tok River is as beautiful from the air as from the highways and byways. From the Wrangle Mts to the Tanana River and beyond are sights you will want to see from our local flight tours. 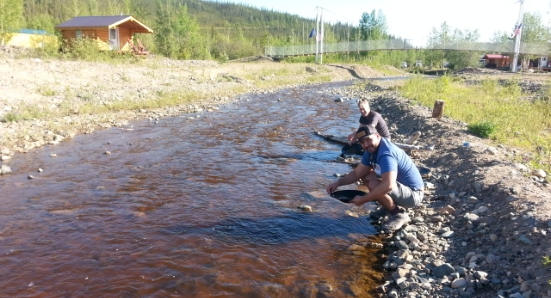 A fun destination from Tok is Chicken which offers free gold panning at Chicken Creek. It's a richly historical town of 25 people. Make sure to visit the Post Office there; its a living museum. And never forget the Chickenstock Music Festival in June..

Alaska visitor park for all ages. Mini golf, museum, and much more. Open June, July and August. The kids will love it and you will too. Just 3 miles out of Tok you will find lots of history, games, and outdoor displays. Don't leave Tok without seeing Mukluk Land. 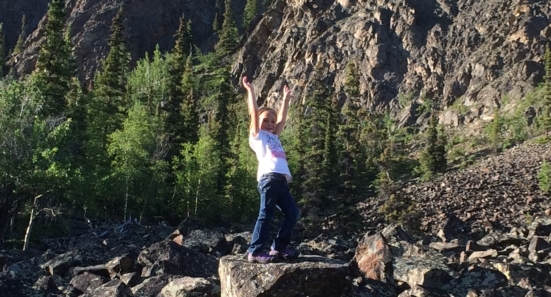 Eagle Trail State Recreational Area is 16 miles south of Tok at mile 109.5 of the Tok Cut-Off Highway. Visitors to this 280-acre site can enjoy a walk on the one mile nature trail or the 2.5-mile hiking trail with an overview of the Tok River Valley. Eagle Trail SRS offers most highway travelers their first opportunity to explore the Alaska Range. An eight-hour hike up the bordering creek brings backpackers within close viewing distance of Dall sheep in the Tok Trophy Sheep Management Area. (907)883-3686 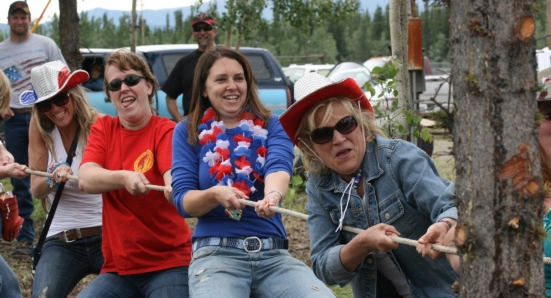 Tok's Chamber sponsors our 4th of July festivities every year with food, booths, contests, displays, and a huge parade down the Alaskan Highway--this year for the Highway's 75th year, the chamber is going all out! Trek Over the Top

Every March, the most fun you can have with your snow pants on! Trek over the Top is an international snowmobile run from Tok, Alaska to Dawson City, Yukon. Riders travel over 20 miles of groomed trail through pristine wilderness to arrive in one heck of a party town! This year is sold out, but you can sign up for next year beginning in August.

Other ways to reach us